My son has been showing increasing sensory sensitivities for about a year now.

He would play in the mud (and by play, I mean cover himself from head to toe) anywhere and everywhere. I never had to worry about him not wanting to touch certain things or pick up bugs. In fact, he would often be the one we would call when we needed something kinda gross taken care of.

The past year has changed all that. Call it hormones. Call it the progression of his diagnoses. Call it something new that we have yet to uncover.

No matter what is causing it, the reality is that my youngest is now just as tactile defensive as his older brother, maybe more. 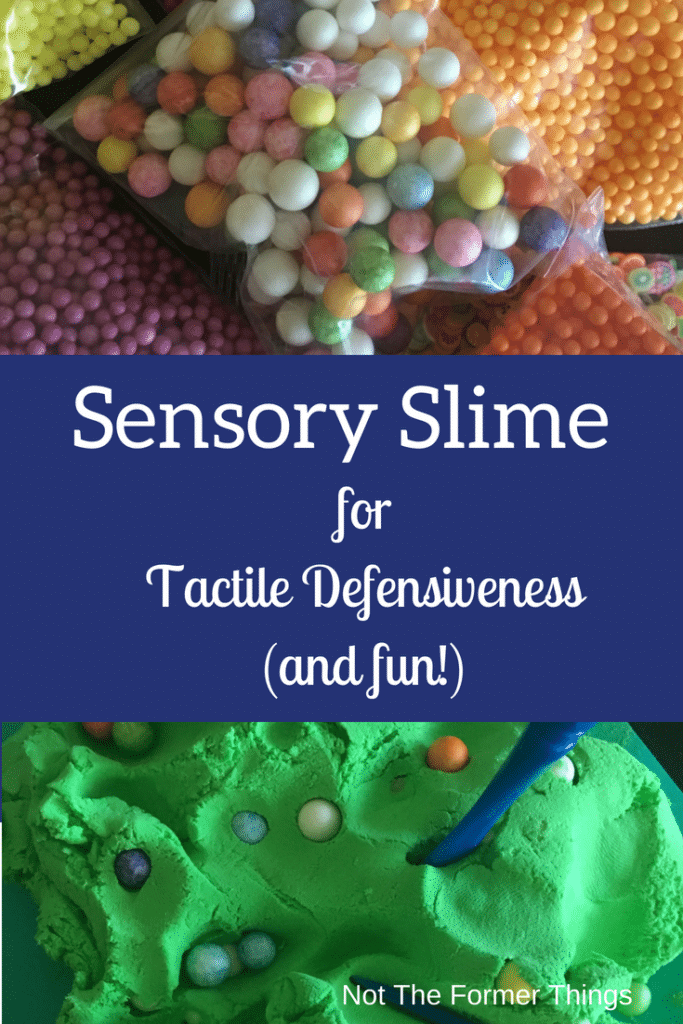 It wouldn’t be a big deal, except that it is. He loves doing things that require tactile input. Walking barefoot in the grass, finger painting, washing the dog – all of these have become unbearable.

Because my oldest completed years of occupational therapy, I knew there were some activities we could do at home to help him feel more comfortable. 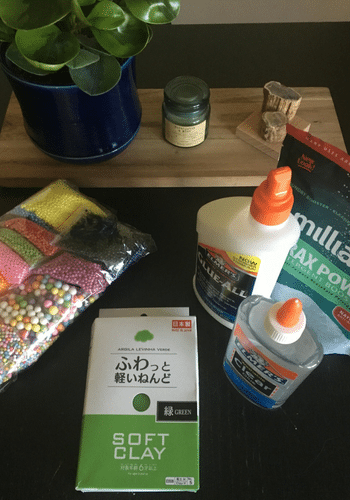 Affiliate links are included below for slime supplies.

My goal for this activity was to give my son as many different options for sensory input as possible. In order to make this as easy as possible on me, I used Amazon for everything.

What You’ll Need For This Activity:

Floam Beads(this bag is huge – you will be able to make slime with texture all summer!) 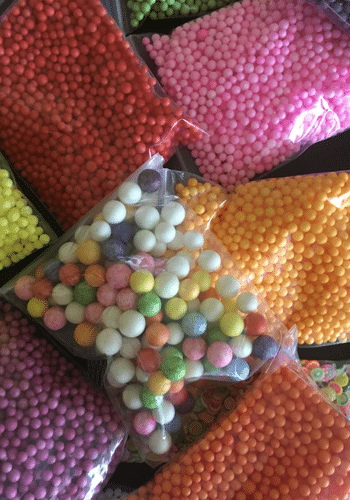 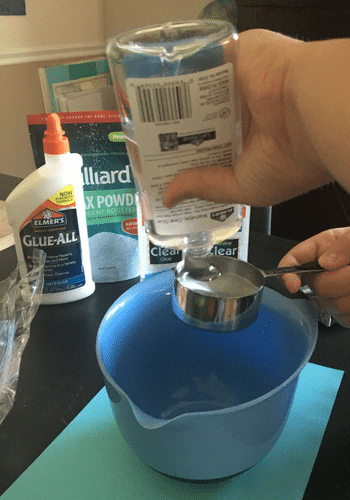 The Science Of Slime

We used the Home Science Tools site to understand the chemistry involved in this process.

The glue has an ingredient called polyvinyl acetate, which is a liquid polymer. The borax links the polyvinyl acetate molecules to each other, creating one large, flexible polymer. This kind of slime will get stiffer and more like putty the more you play with it. Experiment with different glues to see if they create slime (e.g., carpenter glue, tacky glue, etc.).

The most important part of the activity was allowing my son to do the mixing and experiment with different textures. Because he has been very resistant to anything on his hands lately, we started with latex gloves and then slowly moved to touching and feeling all the different options.

The soft clay felt strange to him, so after adding the floam beads to it, he decided to make clear slime with black floam beads to try to trick his brother into believing it was caviar (my kids have seen way too much Food Network). 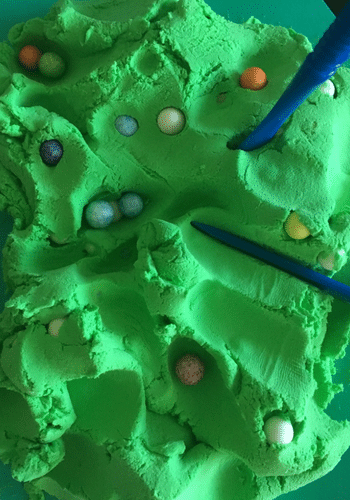 This was a great way to end our week. My son was really looking forward to it (he actually had trouble falling asleep the night before because he was so excited we were making slime in the morning – sweet boy) and the activity itself did not disappoint. 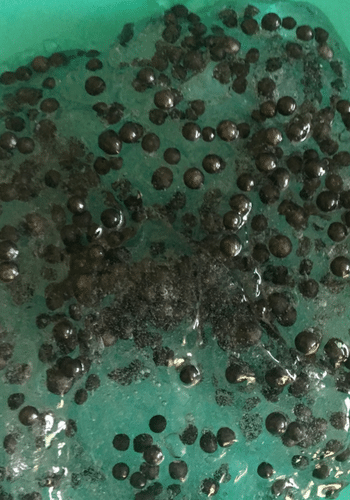 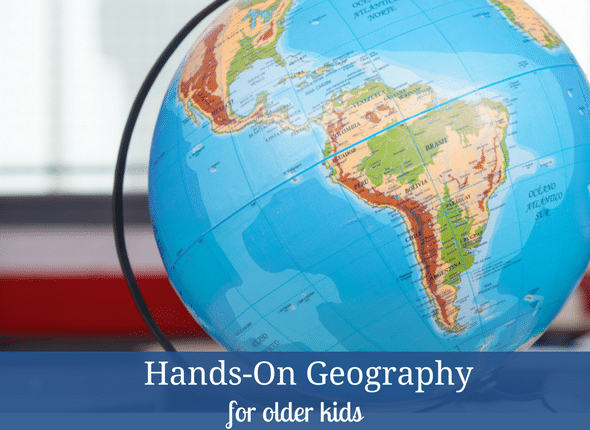 I have been feeling the disconnect in our learning for a while now. As my boys have gotten older, the curriculum, learning materials, activities and ideas have become harder and harder to find. There are plenty of traditional programs. Textbooks, worksheets, multiple choice quizzes – I can easily find those. The problem is that my… 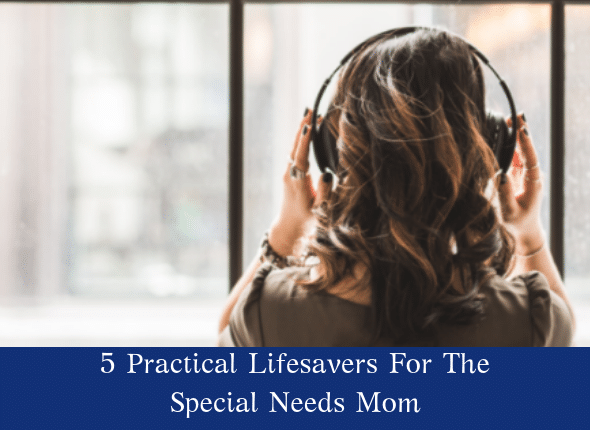 The day after we received my son’s diagnosis, I didn’t blow dry my hair. I just put it back in a bun and thought, “Well,I’d better get used to this. The sound of the dryer is always going to bother him, so I might as well give up on looking presentable.” (Clearly I am not… 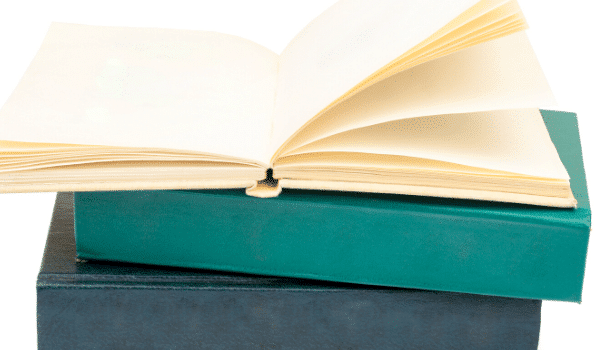 Don’t worry so much about all the decisions you need to make. This is what I think is most important to know as you get ready to homeschool this fall. I am writing this today more to motivate myself, than anyone else. It’s the second week of July, already. Usually, by now, I have shared… 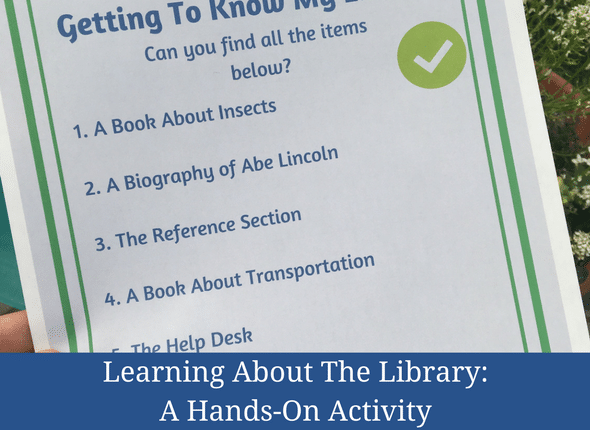 I worked at the campus library in college. It was the best job I ever had. I was in charge of cataloging and shelving new books. This meant I not only got to see many of the new books coming into the library, but I also was paid to wander to book stacks, all afternoon,…

I watched my son tense as the water splashed him in the face. The sounds of so many children – laughing, splashing, having fun. The look on my son’s face – crying, stressed, uncomfortable, frustrated. I went over to the side of the pool and asked him if I could help him out. He looked… 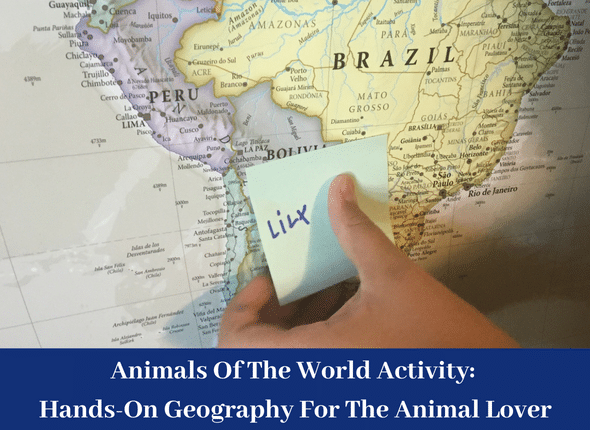 Reptiles are taking over my life, y’all. I am not kidding. Because we moved, we now have a room devoted to my youngest son’s growing collection of lizards, turtles and snakes. (It’s the guest room, which means no one will ever actually want to come and stay with us.) For the first time, I can…