My baby was four weeks old. He hadn’t slept for more than a 45 minute stretch in his short lifetime. I was bleary eyed, depressed, and terrified.

I knew, deep down inside, that something wasn’t right. I can’t describe it except to say that I could just tell. He seemed to be miserable. 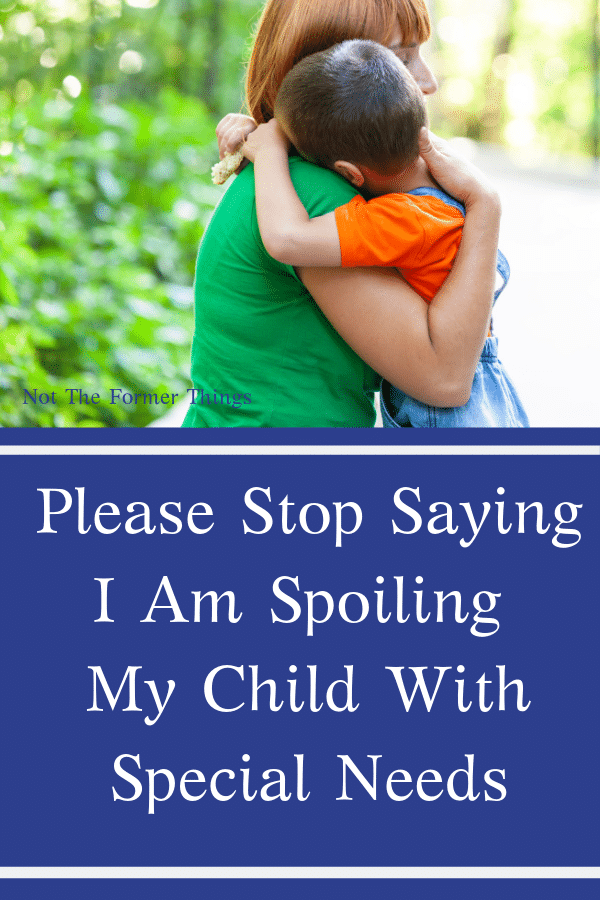 I read every book I could find. I talked to every mother I knew. Researched colic, milk allergies and sleep training until I couldn’t see straight. And then I talked to the pediatrician at my son’s well baby check-up.

He dismissed me before I even finished my sentence.

In his defense, I was crying. A lot. I am sure I had not done my hair in weeks and might have been wearing clothes from four days prior. But still, I was hoping for help. Or an answer as to why. Something.

Instead, I saw him write in the chart, when he thought I couldn’t see – “Hysterical first time mother”.

It was the first time I was openly dismissed and judged as a mother.

It would be far from the last.

Because of that one doctor’s reaction, I became truly convinced that everything going on with my son was my fault. That somehow, I was overreacting. Or not disciplining enough. Or disciplining too much. Or not sticking to enough of a routine. Or being too regimented.

The pressure and the burden was immense. The more interactions I had, the more I found further proof of my inability as a mom.

When he would meltdown in the grocery store, every single time – it seemed clear to me, from the looks on all the other mom’s faces, that I was missing something important.

When I would share that he would cling to me at night and want me to put pressure on his torso in order to finally calm down and sleep, I was told that I was spoiling him and training him to be needy.

When I asked a psychiatrist about helping him learn to wear socks and shoes, I was told he must have emotional problems related to my divorce. That, and why didn’t I just force him to wear shoes and socks and then he would get over it?

When my son melted down at a New Year’s Party several weeks before we were married, my sweet husband unknowingly contributed to this when he said, “I have watched enough episodes of Super Nanny to know what needs to happen here.”

I was so ashamed of my poor performance as a mom. I was desperate to figure out what to change to make it better.

It wasn’t until I started homeschooling and was around my child again, all day long (just like when he was four weeks old), that I felt that same maternal instinct.

Again, I knew deep down inside, that something wasn’t right. I can’t describe it except to say that I could just tell. He seemed to be miserable.

It was exactly the same as it was when he was a baby. Nothing I had done or tried had changed him, or his needs. And yet, I was still warned, judged and downright criticized for spoiling him.

It took nine years for me to seek help for my son. Nine years.

The guilt and the shame I experienced meant my son did not receive much-needed help or intervention. 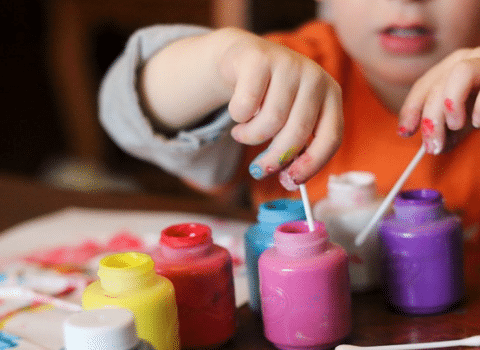 I received a message recently from a sweet mom friend who has a mysterious, three-year old little one. Her sensitive girl had a meltdown at a public pool. It was awful, both for her and for her mom. Shortly after, she texted me and asked, “When does it get easier? When will people stop staring at me and her, with so much judgement? I tried my best. What else can I do? I am laying in bed, trying to fall asleep and I can still see all those faces staring at me.”

My heart broke for her because I knew exactly how she felt. I was so sad because I have seen her with all three of her kids. She is a wonderful, caring, concerned and committed mother. It just seems so unfair. I could only respond with what my own experience has been.

The truth is, the looks and the stares and the judgement and the condemnation don’t go away. I wish they would, but they don’t.

I have just stopped caring as much.

Am I spoiling my child with autism?

Is my child with ADHD spoiled?

The therapist says I am spoiling my son.

My husband thinks my daughter is spoiled and doesn’t have special needs.

I see these searches every day and feel so bad for the person on the other end of the internet – knowing what brought them to the search in the first place. 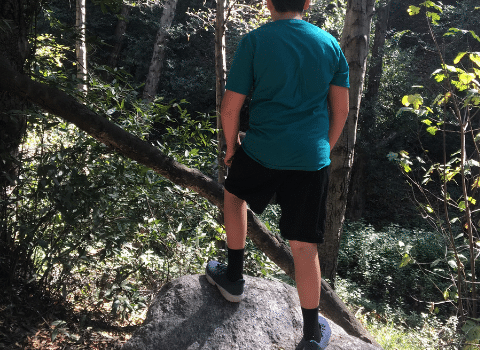 Stop Saying I Am Spoiling My Child

As time has gone on, there are still situations where judgement comes. As my boys gets older however, I find it is more obvious that something is different, and they are less likely to comment or stare.

It happens less often, but it still happens.

The worst part is that every single time someone insinuates or outright says I am coddling, or spoiling my sons, I question everything.

The decisions I am making for their education.

The medicines we have agreed to try.

The plan I have for their future care.

All of it suddenly seems wrong and somehow harmful, no matter how much time and experience have shown me otherwise.

When you say I am spoiling my child, you help no one.

You actually interfere with my sons getting the help they need.

Please, take a moment and consider that maybe, just maybe, you don’t have a good understanding of what this like, day in an day out. Even when I want to scream, “You don’t understand!“, when the comments are just plain mean, when I doubt myself because of someone’s ignorance or judgy-ness, when I want to cry because another child is being unkind to my son. Even then, I force myself to remember that the truth is if you are saying I am spoiling my child, you really don’t have any idea what this life requires of us, every single day.

If you did, most wouldn’t dream of having that kind of reaction.

I am learning, over and over again, that no matter what you may think about my parenting decisions, I cannot allow your judgement, or more importantly, my own fear and guilt, to get in the way of finding out what my children need.

So please, just stop saying it at all.

Before You Judge A Special Needs Parent

Am I Spoiling My Child or Accommodating His Special Needs?

Are My Son’s Learning Accommodations Unfair?

Is It A Reward or Bribe? How Do I Motivate My Child? 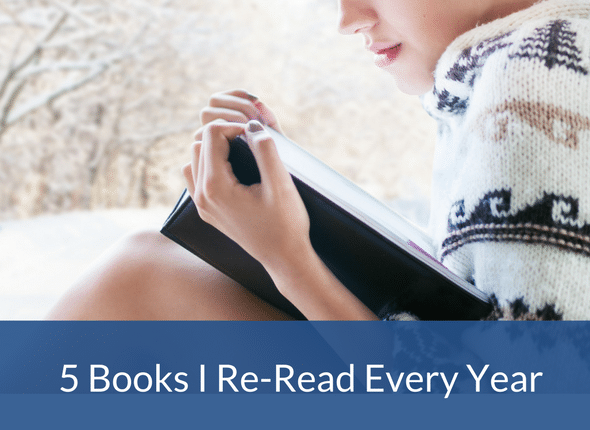 This year is very different for my family. My sons’ close group of friends, the ones who have homeschooled alongside us for five years, are all making the transition to public and private schools. I am happy for them and thankfully, they are all doing very well in their new schools. I love these kids fiercely….

It’s the first week of September. Moms are taking pictures of their freshly combed children in the morning, holding up cute signs with their grade levels. School buses are buzzing around the neighborhood again. And homeschool bloggers everywhere, are sharing their curriculum picks for the new school year. I’m like an addict with these posts….

“There…in the…wa…wa…water was a boy.” My youngest son struggled to read the sentence. Again. I tried to encourage him, my heart sinking. “Good. Keep going.” As he worked harder than any eleven-year-old boy should have to just to read The Story Of Ping, I thought to myself, “Surely by this time next year he will… 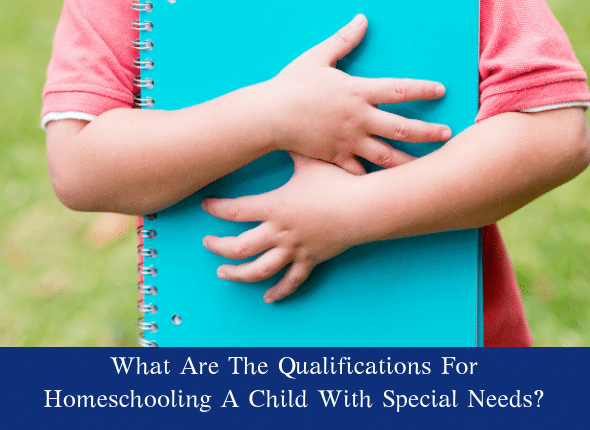 “What Are The Qualifications For Homeschooling A Child With Special Needs?” It’s a question I am asked all the time.  “Aren’t you worried that you are keeping him from really getting the help he needs?” “You don’t want your son to miss out on the professional help the school system provides.” “How can you possibly… 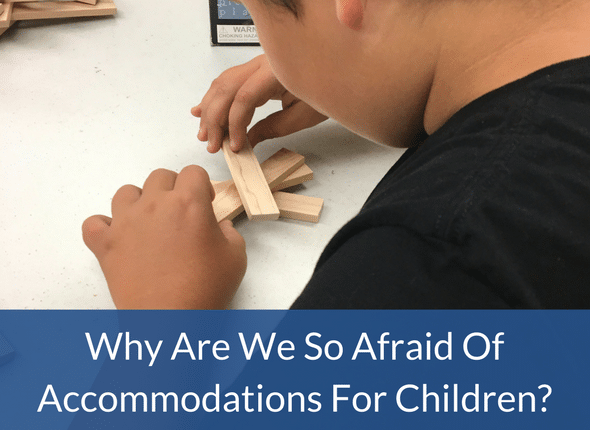 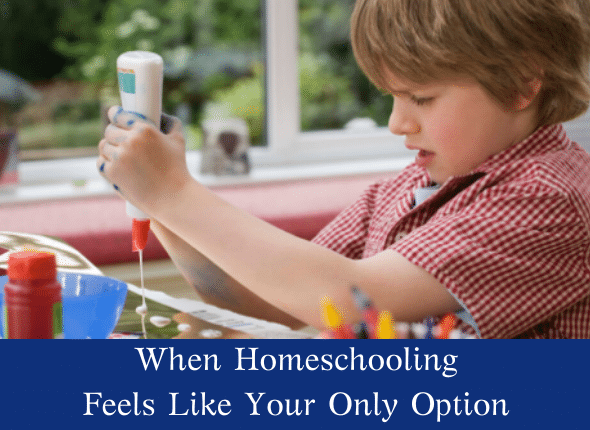 For many families and for a variety of reasons, public and private schools have not met their children’s educational needs. This is what it’s like when homeschooling feels like your only option. “What choice do I have?” She looked at me, tears in her eyes, and total defeat in her voice. After several different school…