For years, we have accommodated my son’s sensory differences daily.

These accommodations have become almost second nature around here.  (For example, I was shopping alone – praise Jesus! – at Costco the other night. I heard a baby starting to wail and I instantly tensed up. Not for the poor little baby – I tensed up because if my son were with me, that noise coupled with the lighting, the smells from the samples, the sounds from the shoppers, etc. would likely set off a meltdown.)

It is such a part of our life, I was stunned when I saw the question in a Facebook group last week. Is this even real?

I was stunned, but then, a mom I work with asked me essentially the same thing last week.

“Are these sensory issues really a big deal?​”

Her seven year old has sensory needs that she is beginning to understand and working to support. But she feels doubt. She feels a little bit of shame, like she’s making too much of it.

Why Sensory Processing Issues Are A Big Deal For Our Kids

While the accommodations affect our entire family, nothing compares to how difficult the daily struggle of sensory overload is for my son.

He has spent sixteen years trying to organize his world to avoid the things that aggravate his sensory system the most. For years he has had panic attacks just driving by a fast food restaurant (good for our diet, bad if you need to stop and use the restroom on the road) because of the smells.

He pulls his shirt up over his nose every time he opens the refrigerator, just in case there are leftovers.

He avoids beaches, park play areas, and even walkways that have sand, often walking in completely the opposite direction if necessary to find a way around it.

Halloween costumes, Fourth of July Fireworks, socks, jeans, sandy playgrounds, the beach, shoes that are not crocs –  all things on his list of to adamantly reject and avoid.

I can’t blame him. For so long, rather than trying to understand and work with him, I tried to force him to learn to cope, accept and just deal with it. So did every other adult in his life.

In summary, it didn’t work. At all.

Please know, affiliate links may be included below. Thank you for your support!

It wasn’t until I started doing more research that I began to understand my son, and his super responsive sensory system. I began to learn the depth and significance of what has been so painful to him for so many years.

Temple Grandin in The Way I see It, speaks candidly about the sensory issues that accompany her autism diagnosis. She addresses how little research and understanding there is, for something that she considers to be the most significant impairment in her life.

I agree with her. The one thing that I wish I could alleviate for my son, above anything else, is the way his sensory system impacts his daily life. One of the first things I came across when I started researching SPD, was this list by Stanley Greenspan, in The Challenging Child:

When I first read this list, I was shocked by how every day and familiar these reactions for my son. This was our life – exactly.

He went on to write:

“Sensory processing disorders are best treated if caught before the age of 7 when the nervous system is still malleable.”

Because I blamed myself for his issues, my son did not get help until really late in the game. In fact, when we first started looking for an occupational therapist (the typical referral for sensory issues and their management), we couldn’t find one that had ever worked with a boy his age. They all specialized in the 3-5 year old crowd.

I felt defeated before we even started.

It wasn’t until we finally met our current occupational therapist that we began to make progress. She not only feels comfortable working with an older boy, she enjoys it.

It has been a few years now since my son began occupational therapy. The progress has been nothing short of AMAZING.

In the beginning, we created a list of goals. Most had to do with self management and regulation – like when things are overstimulating, how does he work to get himself out of the situation and calm down. Some were around specific areas of his body that were particularly sensitive, like his hands and feet.

He resisted going for three months. Three months of meltdowns, every single Thursday.

Then, one day, it clicked. His therapist was super patient, never forcing him to do anything he felt uncomfortable with, always encouraging him that he knew his body best – when to push it and when to rest.

She might be one of my favorite people ever.

As more and more research is done around this little understood disorder, I am sure more and more recommendations will be made for early intervention. It just makes sense.

I am also sure that it is never too late.

I am sure that with the right professional, caring and committed, my child has made more progress in managing his sensory system than I ever dreamed possible.

I am sure that although we missed the optimal window for treatment, he has been significantly helped and his life will be infinitely better because of occupational therapy. Moreover, because of what we learned in OT, we are able to help him every single day at home.

For the record, although I am the first to admit I am not a medical professional, I disagree. Across the board. With both.

It does exist. It is as real as any other diagnosis my children face.

Ask any momma of a child with it – better yet, ask the child or the otherwise diagnosed adult who grew up dealing with it. They will all tell you, Sensory Processing Disorder is a really big deal. 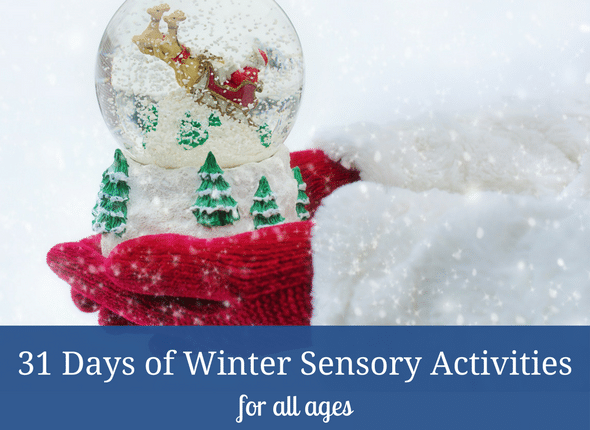 The weeks between Thanksgiving and Christmas are a lot of fun around here. We decorate together. We drink hot chocolate. We watch as many Christmas movies as possible. It’s fun, but it is also overstimulating and anxiety inducing for my boys. The unique sensory experience of the holidays (think Christmas music blaring with an artificial… 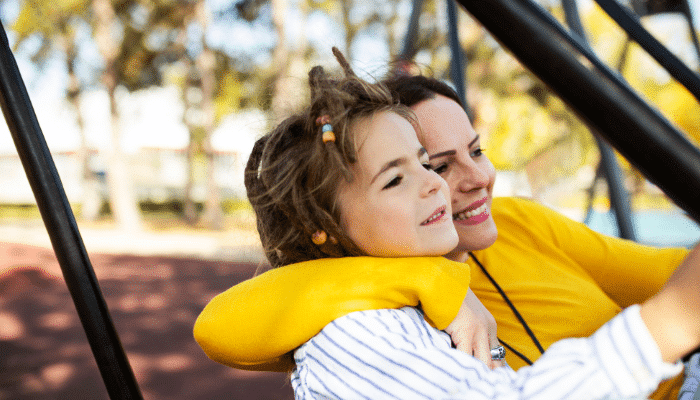 I’ve been there. I totally get it. This is for the mom who feels like she’s lost control of her child. When my child started to meltdown, in the middle of Target, I was acutely aware of all the people staring at us. It was ugly – like really, really ugly. He was hitting me,… 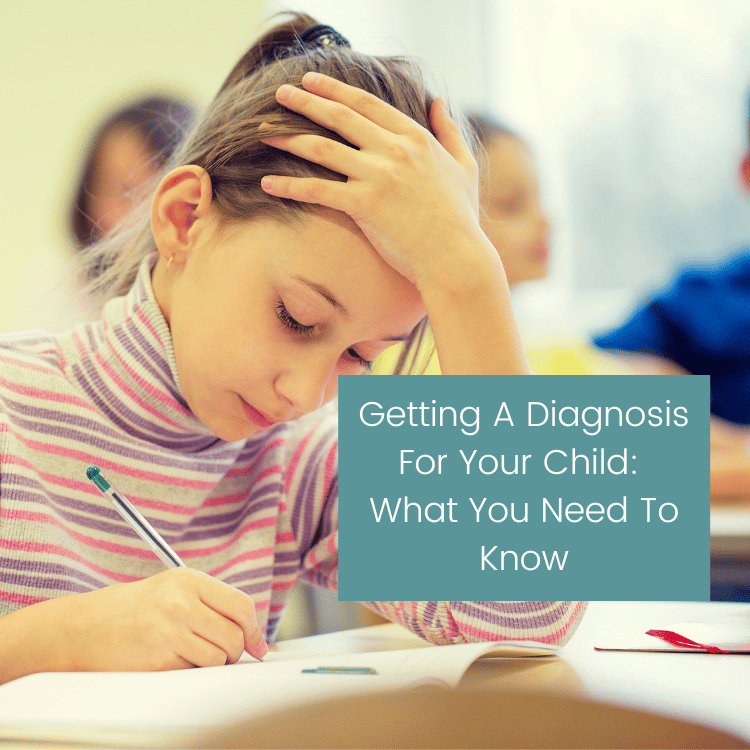 Getting A Diagnosis For My Child was not an easy road. This is what I wish someone had told me. I hung up the phone and started to cry. I was alone in my room so that I could speak to the doctor’s office privately. I could hear my son starting to meltdown and my husband… 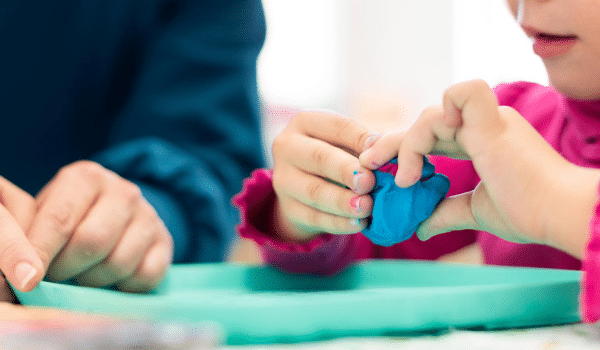 Both of my boys have various sensory sensitivities. Today, I’m sharing the most important thing I think you can do to help your child with sensory issues.  It’s hard for me to remember what it was like before we realized my sons’ had significant sensory issues. Both struggle with noise, light, taste and smell. Both… 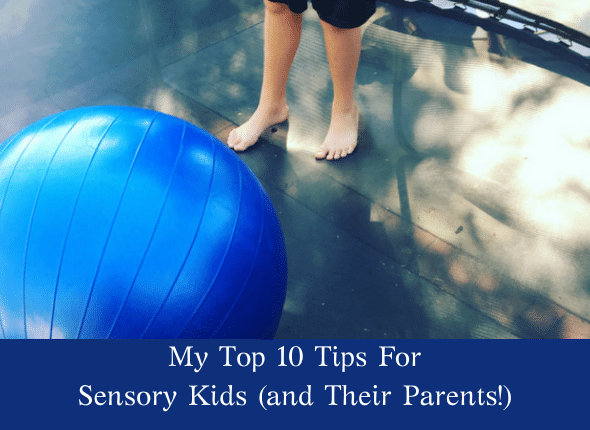 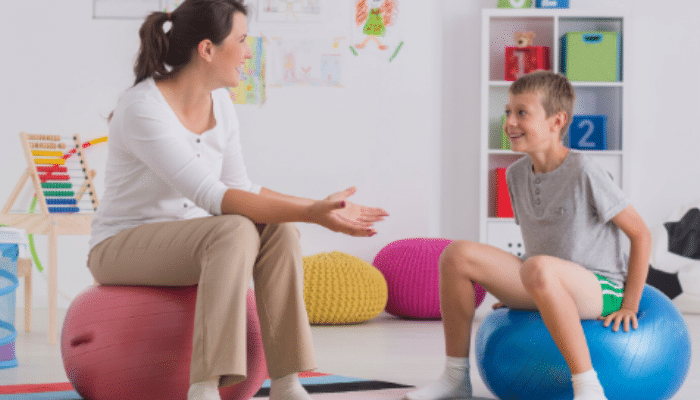 Accommodating my child’s sensory processing disorder is a daily concern. This is how we help him and accommodate his needs. I pushed against the coffee Keurig with almost all my weight, while my glorious cup of coffee brewed. When I stepped away, my friend asked, “Why do you do that?” I looked at her, blinking…