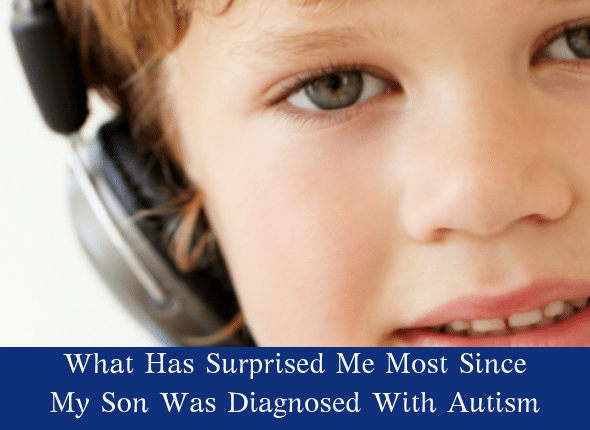 My son was diagnosed with autism more than seven years ago. So much has changed. So much has stayed the same. This is what has surprised me most.

I have been thinking a lot lately, about the day we received my son’s autism diagnosis.

The anniversary is August 1st. I don’t celebrate the date. I don’t mourn the date. But I do note it, every year.

I am amazed at how far we have come. 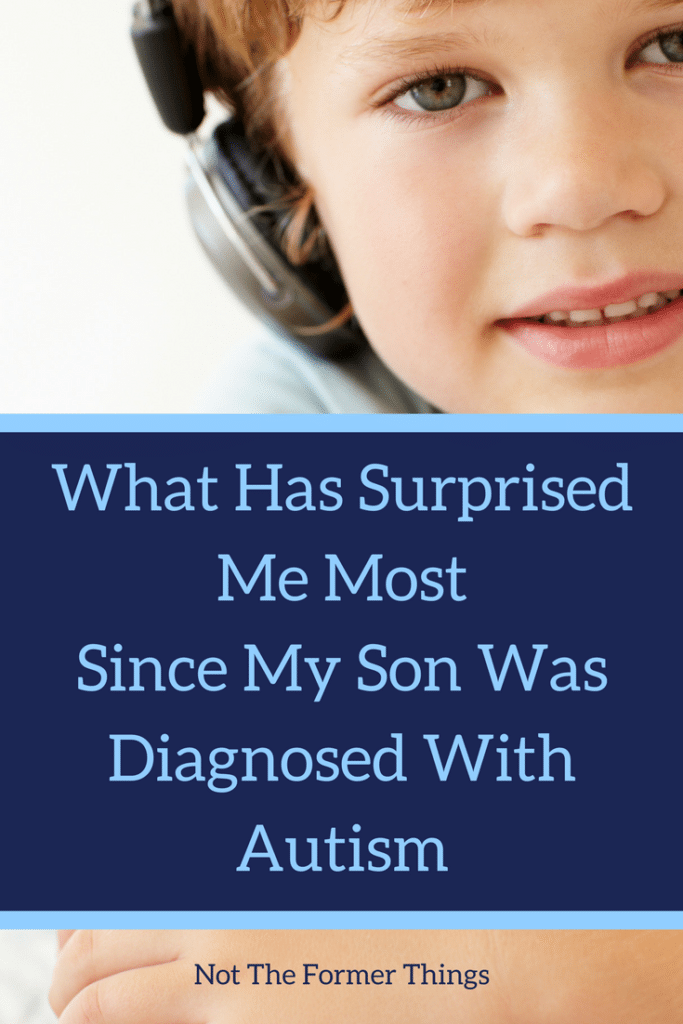 Daily, out of control meltdowns have become infrequent and manageable. My son can communicate his needs to us in ways that just weren’t possible before. He can tell us when things are too noisy, or when he needs the air conditioner turned off so he can eat something crunchy (I know, it didn’t make sense to me at first either). He is more loving and engaged.

He trusts us again.

He has made so much progress – all of it hard won.

It seems like forever ago that I sat in the developmental pediatrician’s office, waiting for the report. And it seems like yesterday.

So many things in motherhood are like that, right?

But no matter how much time passes, I find there are still so many things in all of this that take me by surprise.

But there are so many things that surprise me, all the time.

When my son officially received the diagnosis, I thought we would be in better shape financially. I thought that because we now had the doctor prescribing treatments, they would be covered by insurance. I could not have been more wrong.

Our insurance at the time didn’t even cover autism. At all. Nothing autism related. Zero coverage.

Several insurance policies later, I am still totally stunned by the lack of coverage we face for therapies and treatments my son’s doctors deem necessary. I also continue to be surprised at how fast it all adds up.

After scrambling for a couple of years, we have finally just resigned ourselves to a medical category in our budget that is second only to our house payment. He is worth every penny, so it is an easy decision to forgo vacations and newer cars, to secure what he needs.

And yet every single time I get a decline letter from the insurance company, or the pharmacist calls to tell me my insurance is refusing to pay, I am shocked. 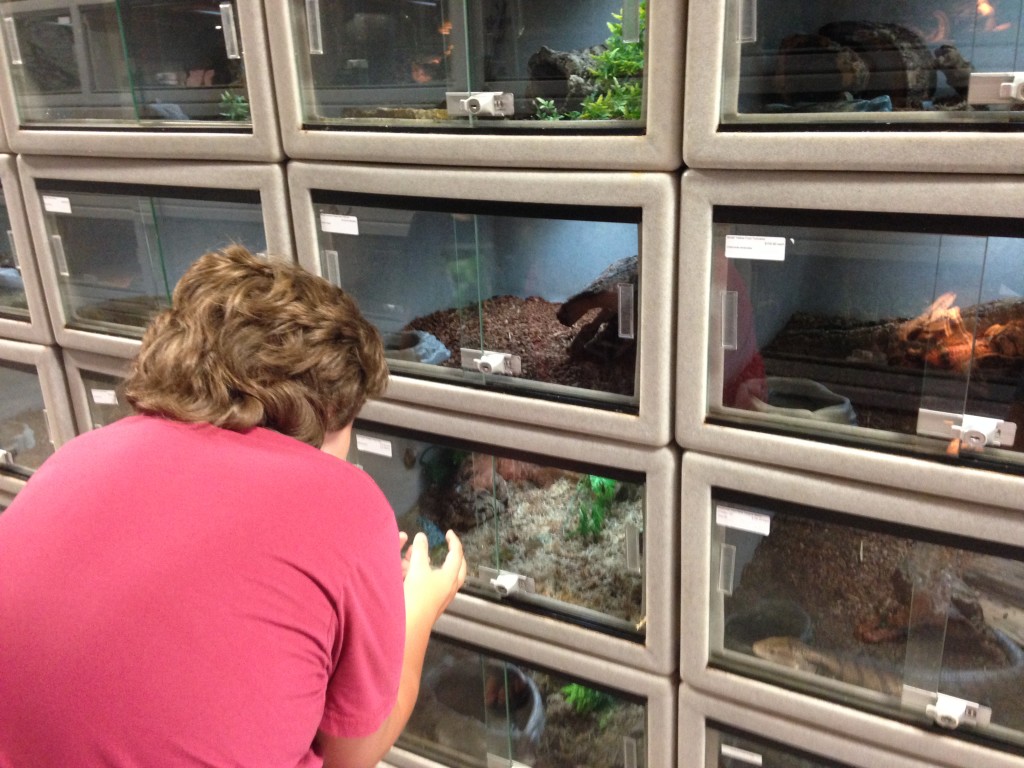 My son lives a significant part of his life, every single day, for his special interests. Salt water aquariums, reptiles, gardening, and anything associated with breeding microorganisms, serve a very real purpose in our world.

But there are still many, many times I find myself questioning how we got here. I am still frequently surprised at how constant and ever-present perseverations are in our lives. 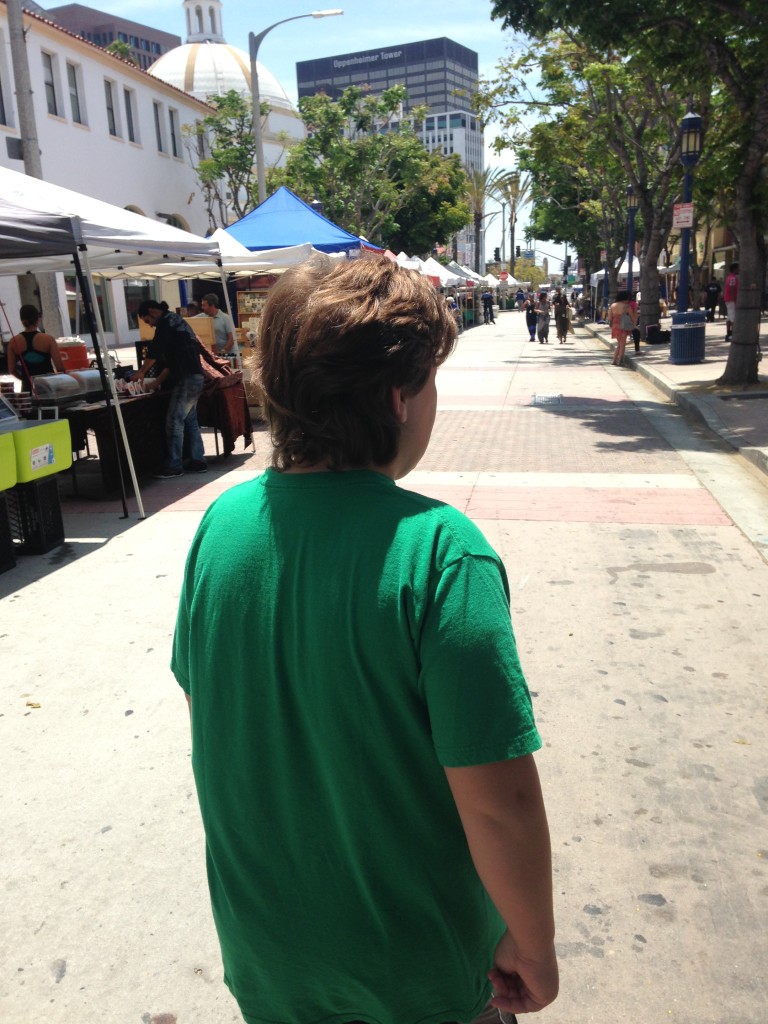 I had never even heard of executive function prior to my son’s diagnosis. I could however, describe how even the most basic tasks needing to be broken down into smaller tasks, were nearly impossible for my boy.

Just yesterday, my son spilled a drink on his desk. He froze, called for me, and when I walked in he said, “I spilled my drink. What do I do?” He had not moved from the spot he was sitting in, and liquid was seeping all over the computer, his pants and the paper he was working on.

I know now, that it was too many things needing to happen at once that shut him down. I instructed him to pick up the computer, so he did. He still sat in the same place, with the liquid pouring down on him. So then I said he should stand up. He looked at me blankly – how could he stand up when he was holding the computer. I walked him through setting down the laptop on the nightstand, and then standing up. He did and then stared at me. I asked him to please go and get some wet towels, and we moved on with the clean up.

This happens more and more as he gets older, and there is an increased expectation for executive functioning. We are working on it, but when basic things like this happen, I am still surprised at the level of difficulty for my son.

This is probably the one that sums up all the rest. No matter how many months, and now years, pass, there are still days when I look at my child and still can’t quite wrap my brain around the fact that he has an autism diagnosis.

Autism is always here. It is a part of nearly every decision I make for my son throughout the day – what to eat, what to wear, the schedule of activities, the lessons needing to be learned, the money needing to be spent, the bedtime routine needing to be followed – autism is an ever-present part of his existence and my motherhood.

And yet oddly, I am still a little bit surprised when it hits me that my son has autism. Call it denial. Call it crazy. 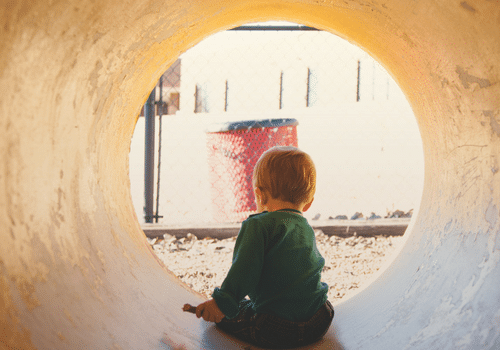 The truth is that autism is so much a part of who he is, good and bad, day in and day out, that it blends in. It is such a constant, that I don’t even really see it anymore.

Instead I see my son, working so hard to figure this world out, to be a part of life, to live well.

I see him struggle. I see him laugh. I see the man he is becoming. I see him.

So when I glimpse autism on its own, like a force in the room, it takes me by surprise.

I think maybe that’s what loving this child, and being his momma, is all about. Accepting who he is through and through, without noticing so much the labels and definitions.

And that isn’t a surprise at all. 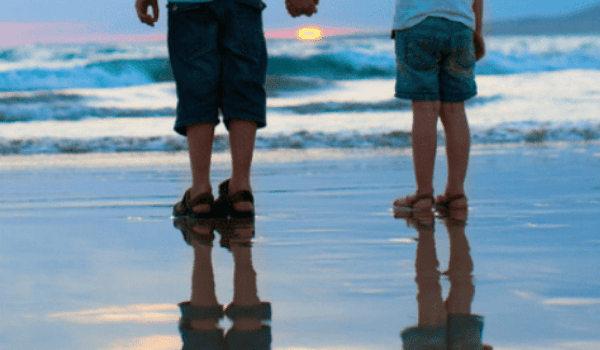 Living In Fear When Your Child Has Special Needs – We know what can happen. We’ve seen the trauma.  Last night, just as the sun was setting, my son had an idea. “Let’s build a fire outside and just relax.” His enthusiasm was contagious. Although this is typically something I would not do until my…

Hearing stories from other moms can be so encouraging. My child had a public meltdown yesterday. I just had a conversation with his teacher about her IEP. I’m exhausted. My son meows too when he is unsure what else to say. (For reals, this happened to me. I was thrilled.) Marisa is a momma and a…

He laughed, and his eyes twinkled. I felt a mix of happiness and ache – How long as it been since I have seen my son’s eyes light up like that? Watching my son, interacting with his friends, truly enjoying their company, tolerating the noise –  such a blessing. I was overjoyed. And, I was…

If you have checked out my resources page, you know that I am a big fan of Simple Homeschool. This website alone has helped me more than any other, when it comes to helping my children learn and stay sane at the same time. So, you can imagine how humbled, grateful, and honored I am… 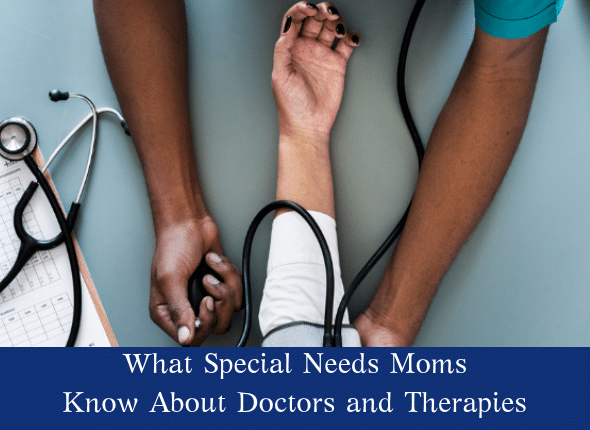 I sat with her, desperate for information and scared of what she might say. It was two weeks before my appointment with the developmental pediatrician. Two weeks before I would hear the words ‘Autism Spectrum Disorder’ applied to my son. Two weeks before our lives changed. I had asked her to meet me for coffee….