She smiled at me, a mixture of pity and kindness in her eyes.

Sourdough was talking jibberish (something that sounded like a mix between a cat’s meow and beeps…I am not even sure how to describe it). He was wearing his over-sized, bright orange, looks like he could be a prisoner picking up trash on the side of the road t-shirt (he ironed on a Camp Half Blood logo from the  Percy Jackson website and it is his favorite).

As he gets older, it’s becoming more and more apparent that my son has high functioning autism.

When we first got the diagnosis, it was not obvious. In fact, many people thought we were exaggerating or had just seen an over zealous doctor. For years, most of Sourdough’s behaviors were only obvious at home. Either that, or because he was younger, he just looked like any other kid throwing a tantrum or being silly.

There was actually a time when I said to my husband, “Sometimes I think it would be easier if it were obvious to others. If they knew he had autism, people might judge us less and be nicer to him.”

Be careful what you wish for, I guess.

As we have learned more and more about how to help his sensory system synch up, he feels better. Feeling better means less meltdowns and is, without a doubt, an answer to so much prayer.

Feeling better in his own skin also means he feels good enough to verbally stim, and speak nonstop about his interests to anyone who will listen. As time goes on, he is just more obviously “different”.

A gal who works at the pet store asked me last week if he had Aspergers. A little forward, yes. But also an indication that times are a changing.

It’s not that I am embarrassed by his behavior, I am not. Please allow me to repeat, I am not at all embarrassed.

This is about me not being able to cling to my last little bit of denial anymore.

This denial allowed me to believe he’s not that bad, no one can even really tell except me, maybe the doctor was wrong, maybe I just overreacted!

It’s crazy, I know. But I think this All.The.Time.

With this shift, I am learning to let go of the last little bit of “maybe not”. I am also beginning to read and research and question how best to help him socially and in public situations.

I am grateful for so much progress.

I am relieved that my son is more relaxed and sweet and happy.

And I am struggling.

I am struggling because I am getting a first glimpse of my son as an adult in a world that doesn’t understand him.

He is growing up.

He will be twelve in less than six months.

He will be eighteen in the blink of an eye.

I pray I spend them well. I pray I am able to pay attention and not be so tired. I pray I can help him and his little brother and my marriage and my heart survive all of this. I pray I do it with joy.

My son has high functioning autism. This will not change. Ever.

Living with this truth however, is changing me. Forever.

This post was originally published on Not The Former Things in 2014. After reading two books last week, my sweet son was thrilled. I was thrilled. We all were thrilled. But this week, basic words are a struggle again. He sees the words. He knows he used to know them. But his brain just can’t…

When I was in the sixth grade, I auditioned for our school’s production of A Midsummer Nights Dream. I was confident that I would land one of the starring roles. I didn’t. In fact, I wasn’t cast in any role. (Turns out my acting ability wasn’t quite what I thought it was…) The drama teacher… 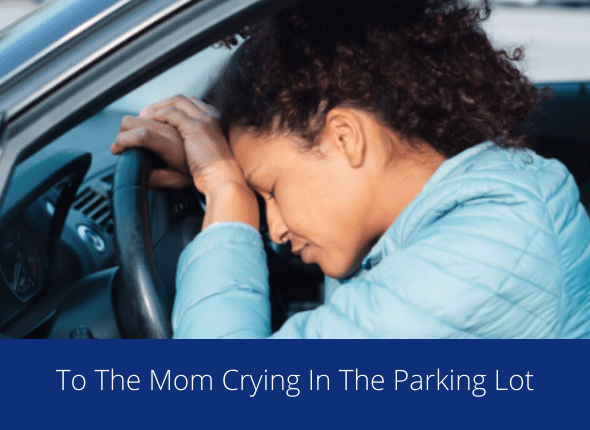 This is for the mom crying in the parking lot of the doctor’s office and for every other mom just like her. I glanced out the window of the third story waiting room and saw her. She was trying to help her son out of his wheelchair, and into the front seat of her car….