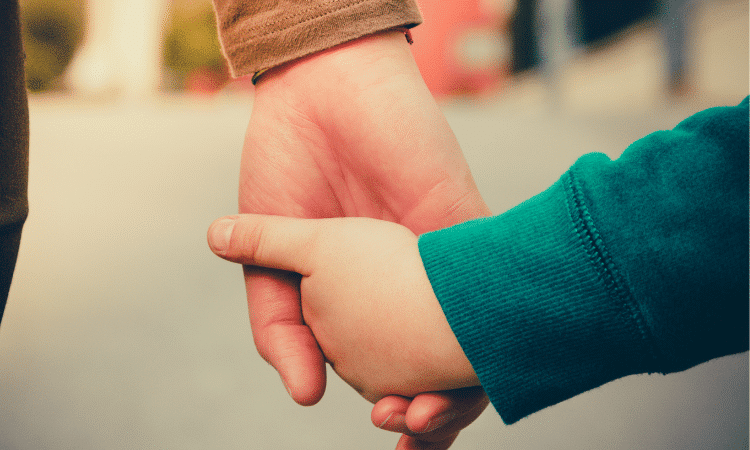 My youngest looked down at me from the top of the tree, paralyzed with fear, clinging to the one branch he was sure would hold him.

“Honey, if you got up there, you can get back down,” I said.

For almost twenty minutes, this continued. Me, gently trying to coax him down. My son, sure that he would never make it out of that tree.

For a few minutes, I panicked. Am I gonna have to call the fire department? I mean, they do it for cats on TV all the time. Surely they will help me with a ten-year old.

I decided to take one last shot at talking him down.

“The hardest part is going to be letting go of that branch. It feels so safe, but it’s not. It’s not safe in the tree. It’s safe here on the ground. It’s so hard, but you just have to let go and start making your way down. You’ll see. I will help you.”

Slowly, he released one hand and began the slow descent to the ground.

Letting go is so hard to do.

A few years ago, my friend texted me while we were at a doctor’s appointment and asked if we were OK with the brush fire so close. With dread I texted back, “I hate to ask, but what fire?“

Turns out the entire hillside, just a couple of blocks from our house, was engulfed in flames.

As they began evacuations up the street, I called my husband to ask what I should bring with us, just in case. It was bizarre. It’s like that game you sometimes play – What 3 Things Would You Take With You If Your House Was On Fire?

Only this was real life.

But the truth is, we just didn’t think it through very well. Sure, I grabbed the photo albums and our Bibles, but because that’s just what you do in a fire.

Thankfully, they stopped the evacuations a half a block from us.

Later, I realized I would’ve left my sons’ medications and the blanket that my mother in law made for me before Mick and I were even married. I would’ve left the boys’ baby things, carefully stored away in the garage. I also would’ve left important documents, insurance information, and doctor’s reports. All things that I had I taken the time to really think about it, I never would’ve left behind to burn.

Letting go is hard to do.

It was the same when my son’s doctor called me in for a “parent meeting.”

In my experience, it’s rarely good news. That, and I usually leave feeling like I am failing my child and/or completely overwhelmed with all the things we need to do next.

This one wasn’t all that different.

This kind professional had been working with my child for three years. He knows him really, really well. He genuinely likes and “gets” him. He is a blessing to our family without a doubt.

In this meeting, he had the fun task of recommending we pursue additional evaluations for neurological/mental health issues. He was kind, compassionate and genuinely on my side.

And he could tell I was falling apart.

Letting go is hard to do.

As I coaxed my son out of that tree, I too was clinging tightly to my own branch. The one that says this life is somehow mine to manage and subdue. The one that mistakenly makes me feel like it is somehow safer to cling tightly, than to let go and move on with our lives.

Letting go of my children, all of their needs, all of the things I think I should do, and of all the things I am failing to do – it’s the hardest thing I have ever done.

The mistaken belief that I am somehow capable of changing it all, is easier to believe than the reality that some things are just completely out of my control.

None of it is mine to fix or control. I know that there is a plan in place – a design that I cannot possibly know or completely understand. I have faith in these children and the God that made them. I know all of this is in His hands. Exactly where it should be, and yet…

Letting go is so very hard to do.

The Most Difficult Lesson I’ve Had To Learn

The passage of time is the most beautiful, awful thing in this motherhood and homeschooling journey for me. My oldest just keeps getting older. My youngest is now the age that it feels like my oldest should be.

All the things I wanted to do, still plan to do, thought I would do, and totally gave up on doing with them – it’s all just a big jumble for me right now.

So, this morning, I am doing the only thing I can. I am sipping my coffee slowly in the morning sunshine and allowing myself the time and space to actually think for a moment.

No kids, barely a dog (he’s on the grass, rolling around and basking in the sunlight as much as I am), the sound of windchimes, lightly singing.

I have so much to do.

I have so much I want to do.

But today, this feels like exactly the right thing to do. 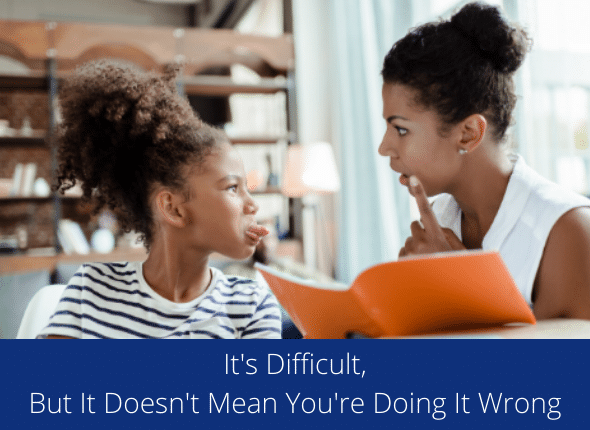 Moms of children with differences often blame themselves when things are hard. The truth is sometimes things are really difficult, but it doesn’t mean you are doing it wrong.  He threw the book and stomped off to his room. “Don’t you understand?” he yelled, clearly frustrated. “I have dys-A-lexia!” As he slammed the door, I… 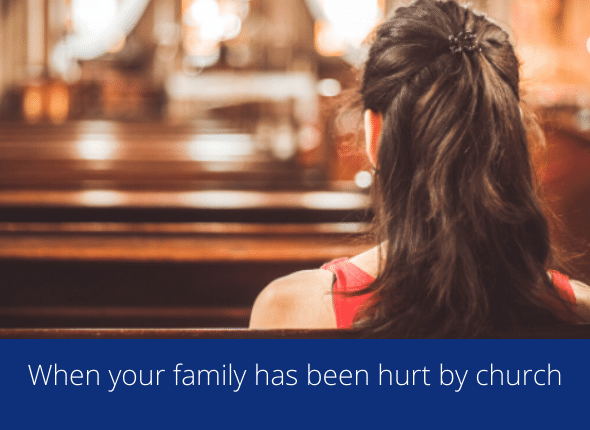 What do you do when your family has been hurt by church? I think it depends, but here is my answer.  I have heard so many stories lately. Stories from moms of unique little ones, just like mine. Stories of pain, misunderstanding, harsh criticism, and sorrow. Stories about church.   Almost seven years ago, I…

I could see the tension in his face as soon as I said it – “We should go over the budget tonight.” It happened every single month. I would try to figure out a way to bring up the subject of our family’s finances, and my sweet and typically chatty husband would immediately withdraw. I…

I was finally done, fed up, tired, and over it. My youngest screamed that he hated me, and didn’t I know how hard it was for him to practice reading? I wanted to scream back, “Yeah? Well you don’t know how hard it is for me to try and teach you to read.” Thankfully, I…

Before we even had the official diagnosis, several professionals suggested we modify my son’s diet. The claims were all over the place from, “There is no evidence that diet will affect the autistic brain,” to “I can cure your son with changes in diet and supplements.” I am honored to be sharing our experience with…

“Thank you so much for being the one that does all the stool samples for these kids. I do not think I could pull that off.” My husband said it so earnestly. He really, really meant it. It was sweet and kind. And I burst out laughing. “We thank each other for some crazy things,”…