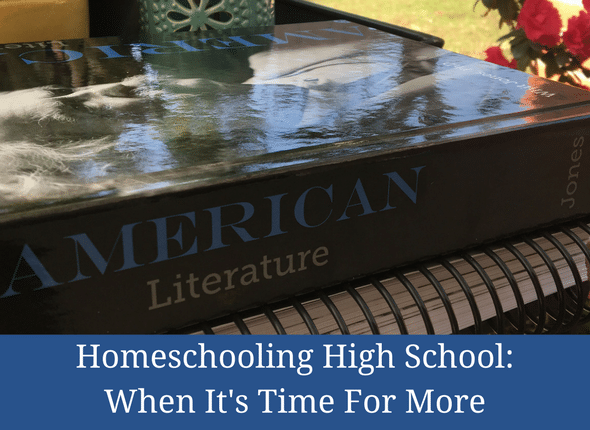 My oldest son turns 15 next week.

I can hardly believe it, and yet, I see the reality right in front of me every single day.

My boy is quickly turning into a man. He has shown so much growth over the course of the last year, socially, emotionally and academically.

I am so grateful for him and this progress, I can hardly breathe sometimes. 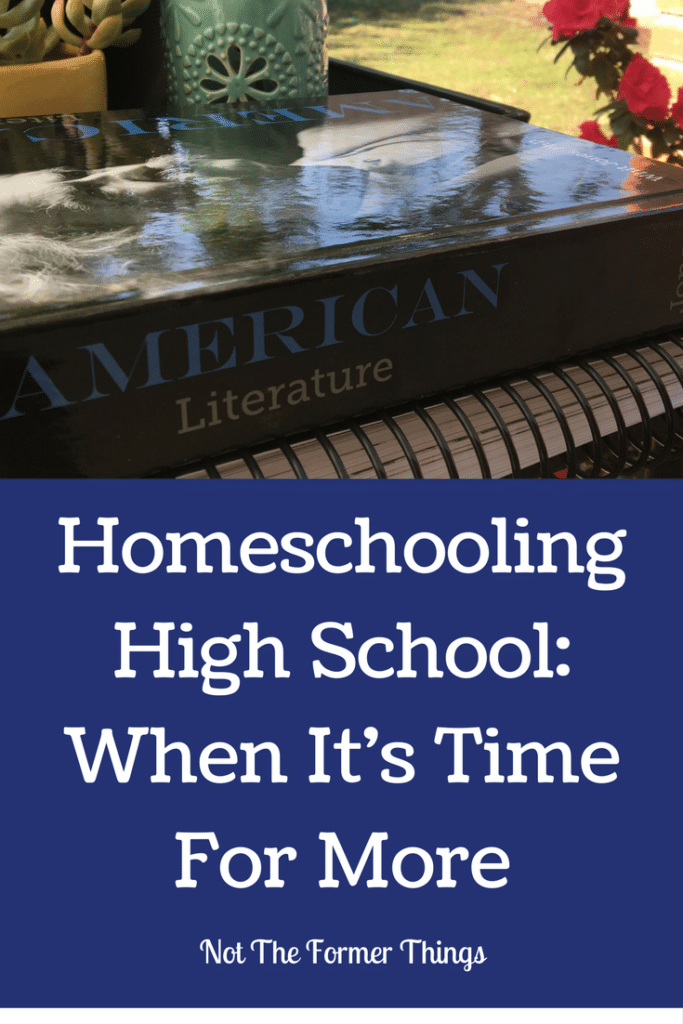 Please know, although I was compensated for my time in writing this post, I only share and promote my favorites. This worked well for my family and I hope it does for yours as well!

Just last summer, he and his brother were completing the same Language Arts curriculum with a few modifications based on their different ages.  It went well, but did not last long.

Although language arts has historically been a challenging subject for my son, it soon became clear that he was ready for bigger ideas. It was clear to me, but even more importantly, it was clear to him.

“I don’t want to read anymore baby books. I want to read some Edgar Allen Poe,” he said when I asked him if he felt like he was ready to move on to his own curriculum.

Apparently, he was clearly ready (although I have no idea where Edgar Allen Poe came from!).

Because he did so well with  Apologia’s Readers In Residence, I wanted to move him into Apologia’s more robust language arts program for high school – American Literature.

After taking a peek at the course, I was pleased to see that much of what impressed me before, is also included in Apologia’s American Literature.

It encourages deep thinking and conversational learning with artful questioning.

(I was also pleased to see that Edgar Allen Poe was a part of the study!) 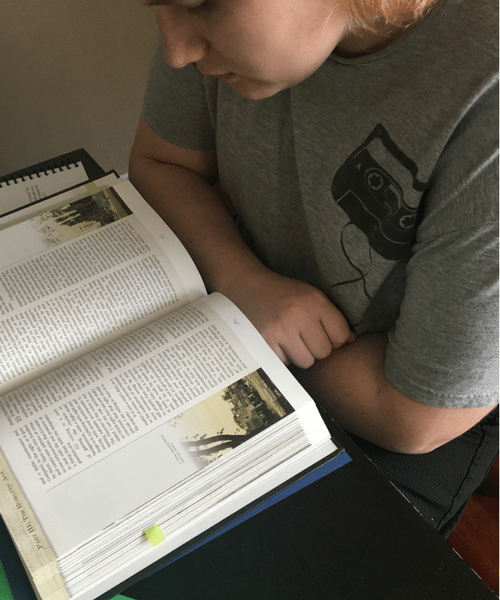 My son started Apologia’s American Literature program a few weeks ago and I am pleased to say he has transitioned well to this higher level learning.

First, a little about the program itself. 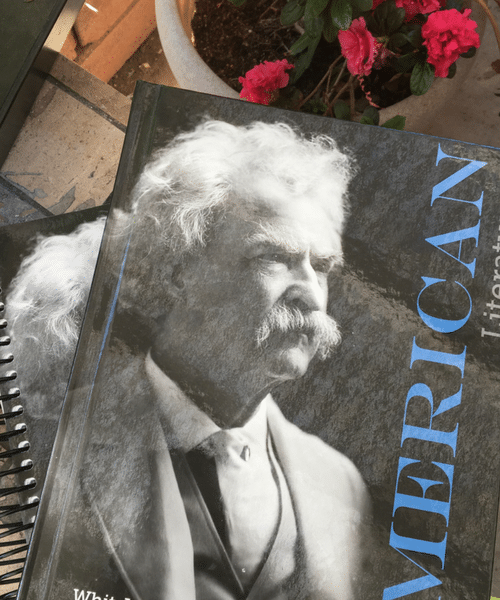 This literature study includes some of America’s greatest literary works, including works by Thoreau, Hawthorne, Melville and Hemingway. In addition to the works found in the student text, the learner also reads four American classics –

Ernest Hemingway’s The Old Man and the Sea

Harper Lee’s To Kill A Mockingbird

The course uses the Socratic method of asking probing questions about each work, leading students to a deeper understanding of what the author is saying and how he or she is saying it.

The student notebook is an essential component this course. Every study question from the textbook is included and the notebook is where chapter tests, semester exams, and detailed, step-by-step instructions for writing literary analysis papers are found.

The American Literature Student Notebook is more like preparation for future college coursework. In fact, it reminds of me of the type of work I was expected to complete in college. Simply put, student notebook helps to structure the learning in a way that helps the student make the transition to higher level learning.

In addition to the textbook and student notebook, there is an answer key, along with a daily lesson plan outline available for free on the Apologia Book Extras site. 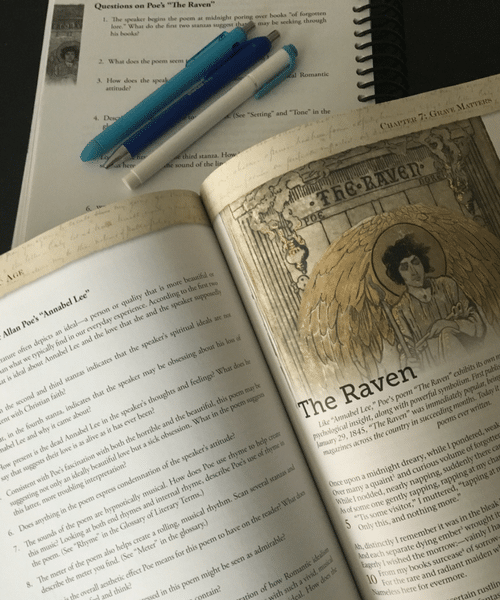 How We Are Using Apologia’s American Literature Course

Truth be told, this course will be my son’s language arts program for at least two years. The author of the textbook encourages parents to take their time and allow for the student’s emotional maturity and reading skills. I intend to do just that!

(The author of the textbook, Dr. Whit Jones, is the 2017 Recipient of the Educator of the Year Award from Bryan College – and he is also a homeschooling father. It shows in the thoughtful flexibility and careful supports provided throughout the course.)

Because the literary selections themselves are so rich and require so much more of my son in terms of literary analysis, we have worked through the first few sections side by side.

My son reads the passage for the day and then he and I answer the questions together, discussing any themes or character elements that might be challenging for him.

In the future, we will transition to more and more independence, something that will be essential for him as he heads towards graduation and possibly college.

For now, we work together. Incidentally, I LOVE it. (One of the benefits of having a son growing and maturing academically is how much more interesting his coursework is for me!) 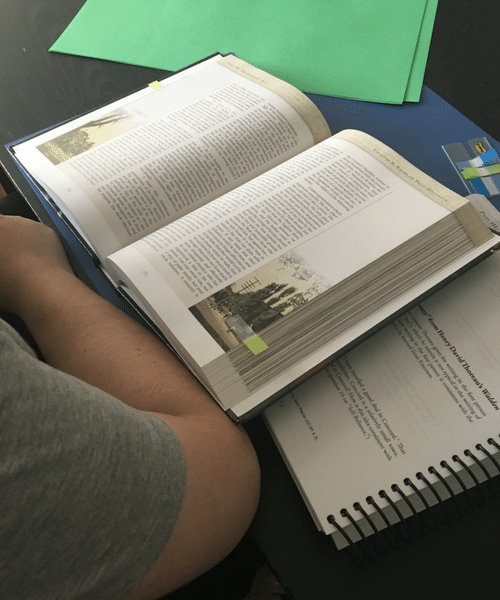 Although my son was excited to move on to higher level language arts, I would be lying if I said I wasn’t at all concerned about how he would respond to more in depth learning.

The truth is, because of my son’s learning differences, I needed a program that would challenge him, but also allow for plenty of accommodation and flexibility.

I find that the American Literature Course covers both.

Because we can literally take all the time in the world, and still feel like he is making significant progress in his ability to really understand and apply what he is learning, this study has actually been a perfect fit for his needs. An added benefit is that it has been easy to modify without any extra time or extraordinary effort on my part. 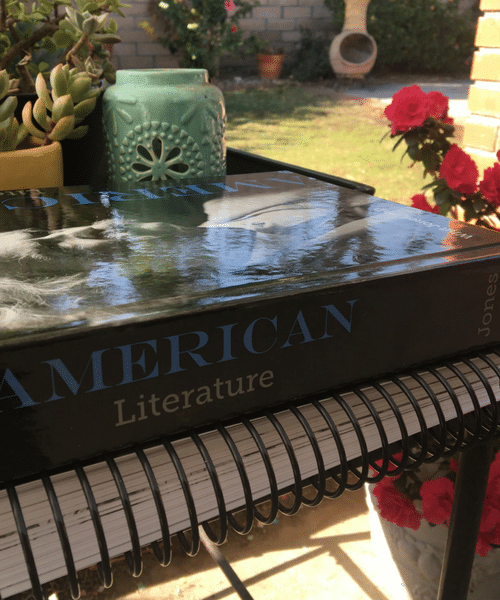 We have had success now with every course from Apologia we’ve tried. I cannot recommend Apologia’s offering enough – the quality and care put into their products is exceptional! 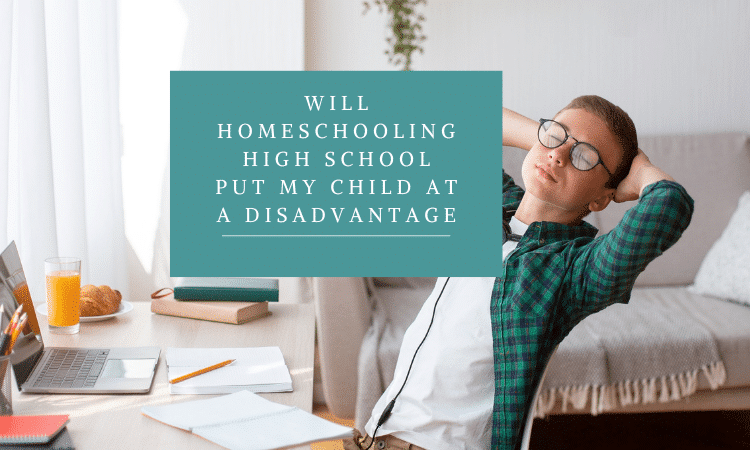 When we started homeschooling a decade ago, I thought that homeschooling high school would be out of the question. I truly believed that it would put my boys at a disadvantage. Turns out, I was wrong. Last week, my son received his first acceptance letter to one of the four year colleges he applied to…. 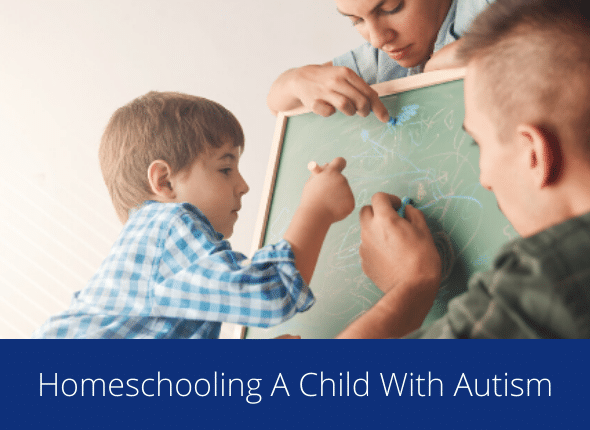 We have been homeschooling my fourteen-year-old son since he was eight years old. Last week he went back to school. He is enrolled in a Medieval History class at a private school, as part of a homeschool hybrid program. He wants to go. He wants to get away from his little brother. He wants to… 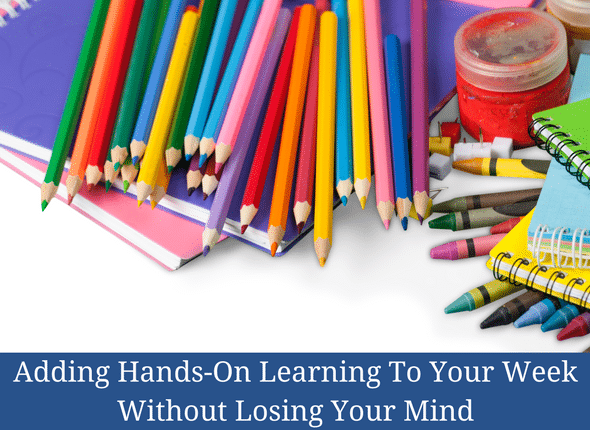 Since committing to sharing a weekly activity back in January, I have been amazed at the results. My son loves having a “thing” to plan and look forward to each week. I love having him engaged and having something that is hopefully helpful to share with all of you. In fact, one of the best… 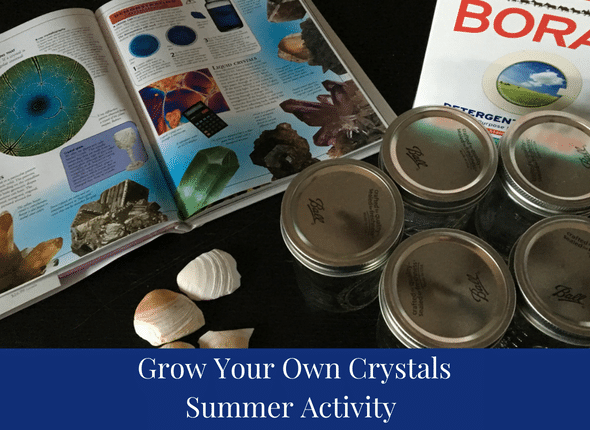 My youngest son has been fascinated with gemstones and rocks for as long as I can remember. The interest has intensified and waned and then intensified again over the years. As a result, he has gathered quite the collection. When we moved last week, he asked if he could use a built-in display area (probably… 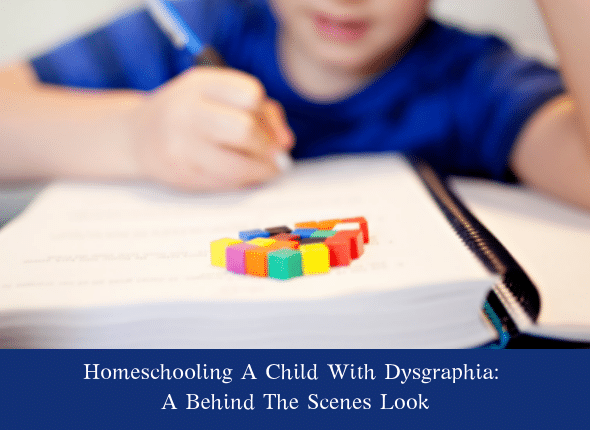 In all my years of public school, the only bad grade I ever received on a report card was in handwriting. I got a ‘D’ – straight A’s in every other subject and a ‘D’ in handwriting. (My cursive tends to go straight up and down, and this was back in the day where cursive… 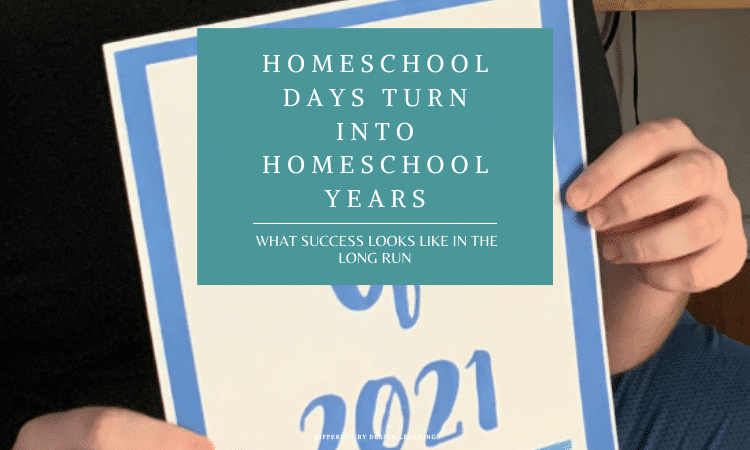 My oldest son completed applications to five different four-year colleges last week. He did it completely on his own, researching the various campuses and the accommodations they provide.  It still floors me, just thinking about it. The truth is, I did not think this would be a viable option for him. I’ve spent years stressing…