I am always asked if this is really the best choice for my boys’ education. Here is what you should know about homeschooling a child with special needs.

When my sons were first diagnosed with their various differences, we had already been homeschooling for a year.

The school system had not worked well for my oldest son and it was clear that my youngest would be an even greater challenge.

When we finally understood more about my children’s learning differences, it made sense. But the assumption was we would but the boys back in school, where the experts could help them with their needs.

Seven years later, homeschooling has been one of the best decisions we have made for our boys. 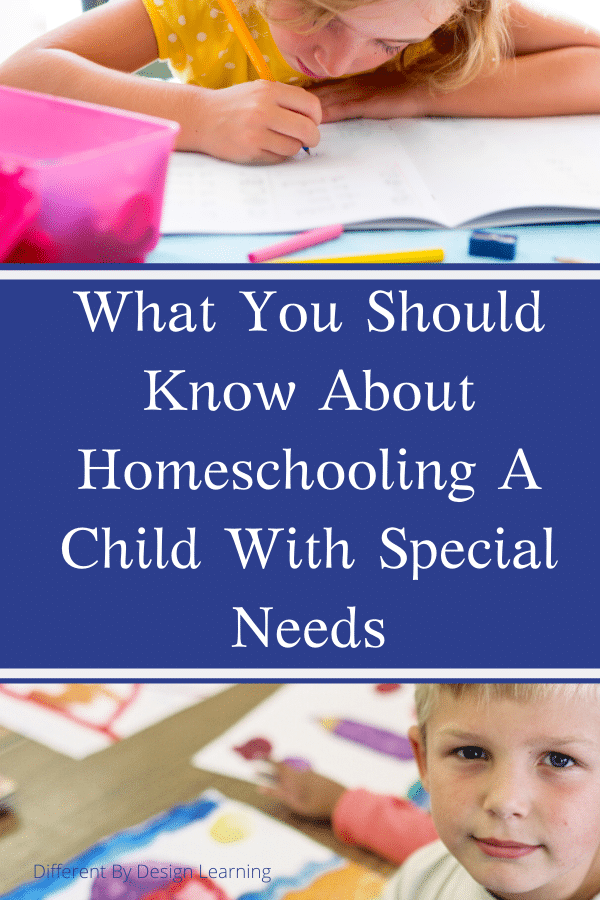 Our decision to homeschool is a personal one, not a political statement.

But there is so much misinformation about the viability of homeschooling a child with special needs. There is an assumption that learning differences require support that can only be found in a school setting.

This is just simply not true.

The truth is, not only is homeschooling a child with special needs legal in all 50 states, it is a wonderful option for many kids and their families.

Can You Homeschool A Child With Special Needs?

The answer is yes. 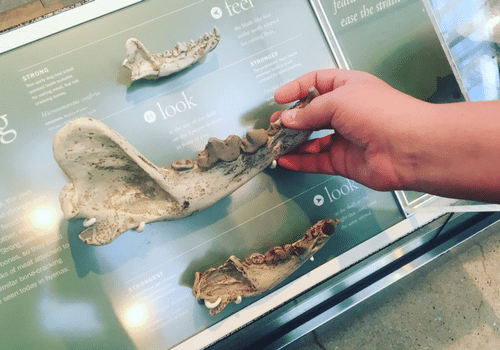 What You Should Know About Homeschooling A Child With Special Needs

We have a perfect example of this truth in my home.

My youngest processes information about 30% slower than the average bear and has profound learning differences that affect his ability to read, spell and write. He also happens to be highly gifted and have spacial reasoning abilities that were off the charts in his evaluation. He has a mood disorder and ADHD, both of which affect his overall level of functioning and engagement in different ways on different days. These unique qualities color almost everything we do in educating him, particularly how we pace his learning.

For example, at 12, he is still not able to spell, or even consistently read many sight words. We have been working on memorizing these small, but I am sure you would agree, very important words in the English language for almost five full years now.

We have done flash cards, written copy work, spelled with blocks, numerous hands-on activities, countless read-alouds, and even made up our own song (t-h-e spells “the”). He still doesn’t recognize them right away most of the time.

This is so frustrating, especially for my son. He knows he should know it, but he just can’t retrieve the information from his complex little brain.

In his case, slower is better. In the long run it is actually faster. Trying to force him to “get it”, or just skipping to the next topic because I just can’t take reviewing the same thing, again and again, in the long run means he learns less.  I have found that praying for patience, trying to find a new approach (Honey, let’s write the word “about” in shaving cream over and over again on the shower wall today), and just accepting that this is the speed that is right for him actually does allow him to progress, at his pace, in a meaningful way.

Conversely, the other day he solved one of his older brother’s math word problems in his head. When things are read aloud, and he can just focus on the details of an equation or a problem to be solved, he is ridiculously brilliant. So, we read everything to him. His math book, his science lesson, history, Harry Potter books, books about animals, the scientific method and how to build perfect paper airplanes. He recently picked up a book about Leonardo da Vinci (who is it rumored was dyslexic himself) and asked me to read it to him. He then proceeded to discuss the more complicated aspects of the machines designed. He can pick up the information quickly, but it requires a ton of time to carefully read every single thing to him, all day long.

It works because again, although it may seem slow to me, he learns rapidly and beyond grade level with this approach.

When you homeschool a child with special needs, all that matters is your child’s own pace. 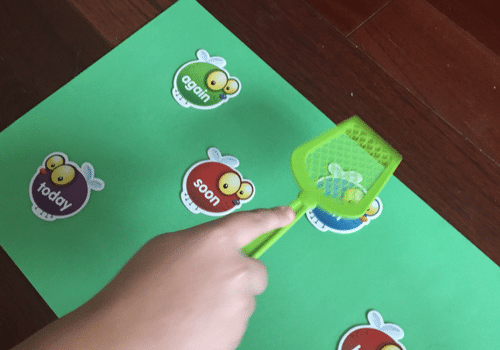 My two boys could not be more different.

For my youngest, less information is better. For his 15-year-old brother however, there are not enough books on the planet to keep him occupied and learning.He is an exceptionally fast reader, and retains more detailed information from what he reads than seems possible for a human being that is not also half computer. He collects and categorizes information as if there is a Dewey Decimal system in his brain. He reads, on average, between 30-45 books a month (not joking and yes, that is more than one per day), most of them non-fiction. He can tell you almost anything you want to know about chemistry, every single detail of Greek Mythology, The Revolutionary War, WWII, and even parts of nuclear physics. He knows just about the entire world map, including every country, most major cities and even key exports/notable historic moments in various areas of the world.

He knows all of this, because we allow him to focus almost all of his school day on reading (devouring) books and talking with him about them.

The two things he struggles with are holding a pencil and math. Holding a pencil is a very big deal for my son. Because his hands are such an affected part of his sensory processing disorder, it is extremely uncomfortable for him to write anything – even to practice signing his name. We allow him to type just about everything, but part of his school day includes an attempt at practicing signing his name as if he needed to write a check or secure a contract. I say “attempt” because some days, this is just too much for him and he literally cannot do it no matter how hard he tries. I try not to freak out about his future (where I imagine him making X’s on all legal documents), and he does his best to practice on days when he is feeling better.

Math has also been a struggle – largely because it is difficult to learn math through simply reading and accumulating information. What has been helpful for us is finding ways to tie math problems to his interests. For example, when he his favorite topic in the world was aquariums, we practiced calculating volume and measurement. When he was fascinated with the Amazon, we completed word problems about dart frog and traveling by river. 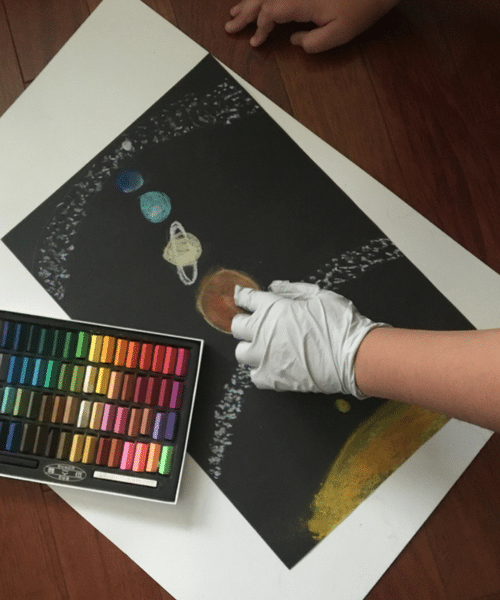 Build Your Own Team (they are teachers too!)

One question I am often asked is how to “fit-in” all the therapies children with special needs often require and still “do school.”

All of these activities have been valuable for my children and I have considered all of them a part of our homeschooling education.

My answer is simple. These therapies “count” as educational time in the school system. They should as well when you homeschool a child with special needs.

We have good days, we have bad days. When the bad days come, we have enough flexibility built into our weekly plan that we can take it easy for a day when violent meltdowns happen, or no one slept the night before.  I have learned it is essential to have some Plan B (and C and D) options for the days when it all goes wrong.

In fact, I have a whole list of things to do when we are having a bad day! You can take a peek at it over at Weird Unsocialized Homeschoolers .

I share 14 of my best trips and tricks for reseting a tough homeschool day  . 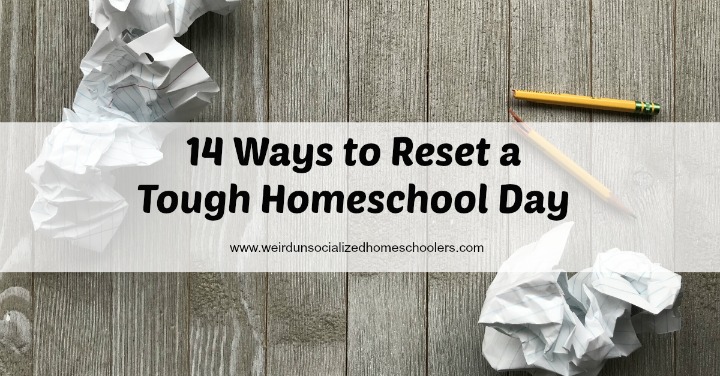 This is how we do it. It is imperfect. It makes me crazy sometimes.

And it is working..

For more information and support:

The Truth About ADHD and the Middle School Years 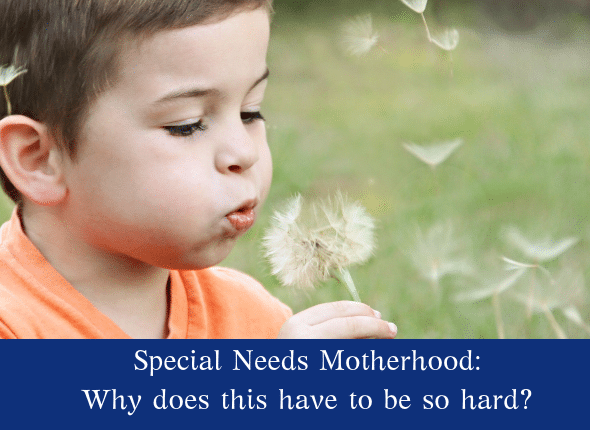 My son woke up at 3:30 this morning, his brain ready for the day. He called me in and immediately began talking about chameleons – their habitats, their care in captivity, their coloring, about all the things chameleon. My eyes were barely open. 3:30 AM came way too soon. And through the groggy haze, I… 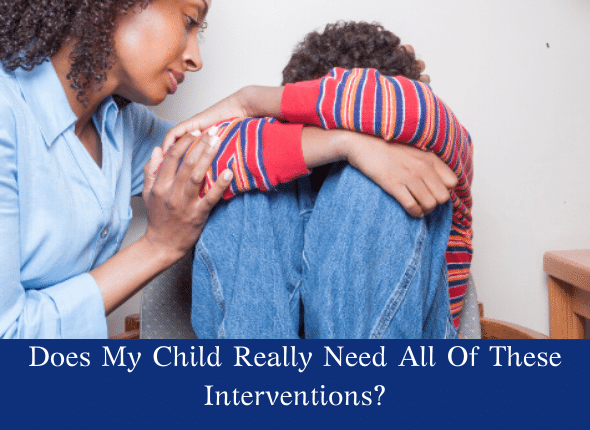 I have been asked it more times than I can count. Does my child need these interventions? A couple of years ago, I shared that we were getting a psychiatric service dog for my then 11-year-old son. I have openly shared the different therapies and interventions we employ for both my sweet boys. For six years,… 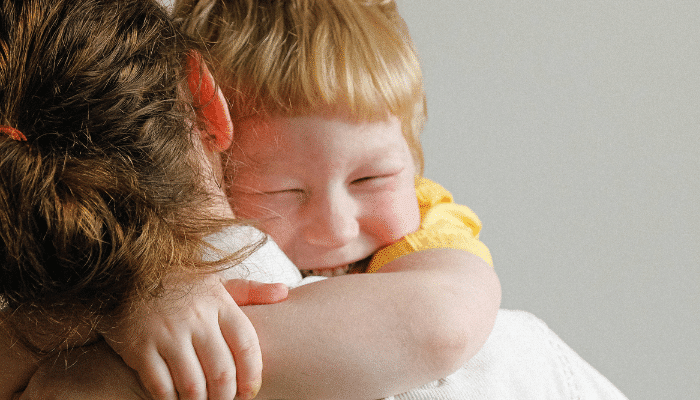 It’s a question I ask myself constantly. “Am I spoiling my child?” Last week, I sat on yet anther couch and prepared myself for whatever the therapist had to say. She has been working with my son for a few months, I am not involved at all in their sessions. (This is social skills therapy… 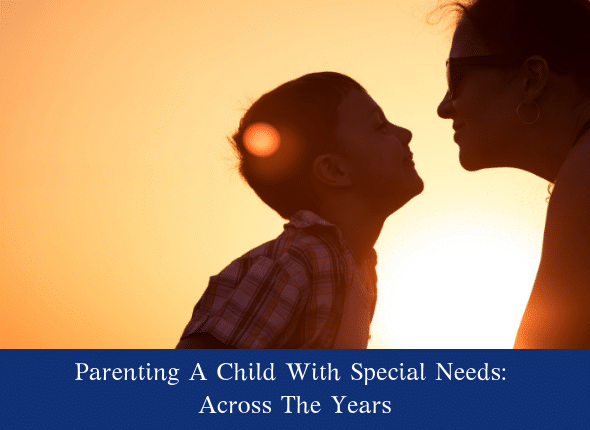 It’s been a difficult few months for my youngest son. Our days have been a haze of mood swings, sleep deprivation, and meltdowns. Honestly, it’s been really, really sad. He was doing so well. He was enjoying his days, trying new things, progressing in school. Now, it all seems to have come to a screeching… 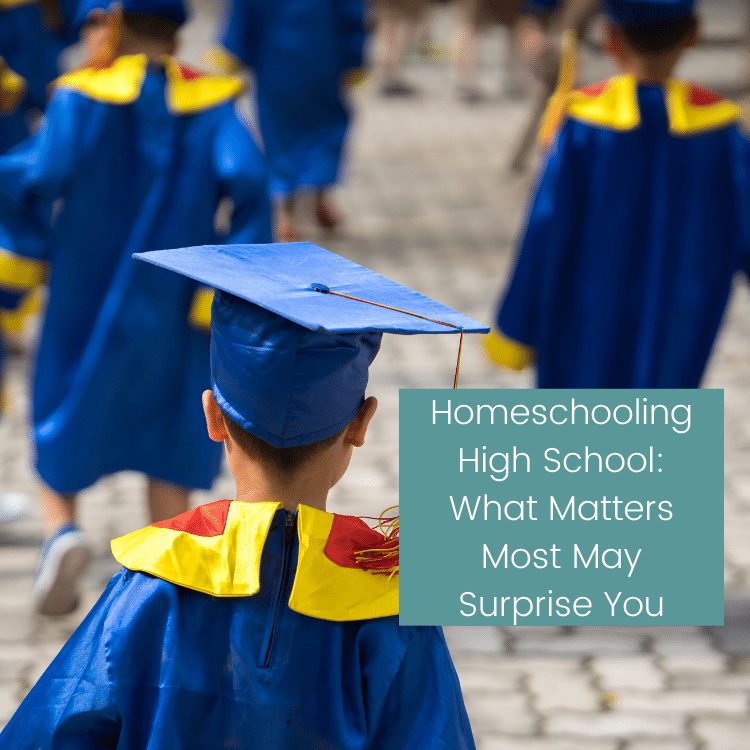 After graduating one homeschooler and beginning ninth grade this year with my second, I can honestly say that homeschooling high school is nothing like I thought it would be. While I worried about transcripts and algebra, what mattered most took me by surprise. It may surprise you as well. My oldest has been on his… 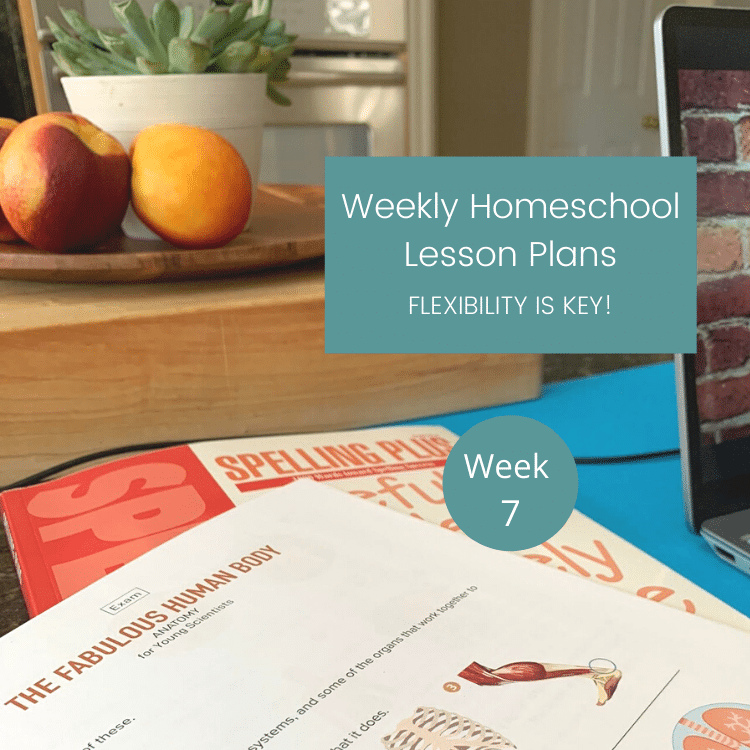 This is Week Seven in a year long series, all about lesson planning in an interest-led homeschool. Each week, I share a recap of last week’s plan vs. reality and then our new easy homeschool lesson plans for the upcoming week. Why Flexibility Is So Important In Homeschool Planning When I made our homeschool plans…