Sometimes shopping, eating out, just simply being in public can be so difficult for our kiddos (and for their momma’s). I love this piece celebrating every day people, who are making a huge impact in one child’s life.

I am thrilled to introduce you to Erin, of Kreed’s World – A Journey Through Autism.

Not only is she a fellow autism momma and Not The Former Things reader, she is a wonderfully talented, passionate writer.  I know you will resonate with her resolve, her commitment, and her love.

The Kindness of Five Guys Burger and Fries

If you live in our community and catch a sight of us in public, you will see a young man hopping through the store, a cool looking device sitting in the shopping cart and a woman telling “hoppy” to come along. Some people stare. Some people smile. Some people are pretending not to stare.It’s okay, really. He’s happy and I’m happy and that’s all the matters. We generally go through the stores without conversation with anyone else and that’s just fine with me. We do tend to live in just the space between us, where I understand him and he understands me.Except there is one place in the community where Kreed’s hopping, dimple grin and sounds are a welcome sight and they greet him with cheers and shout his name and immediately start his order- often times before I even open the door. Reminds me a little of Kreed’s very own Cheers place.
Five Guys is Kreed’s favorite burger place on Earth. Literally. Ask Kreed where and what he wants to eat and it will be Five Guys every time. While their fries are delicious and burgers large and yummy, I know it has just as much to do with the people as the food. Kreed is accepted there without question. They aren’t staring at him but celebrating his uniqueness and love him for it. It’s a place where they actually talk to him and wait for him to respond on his device. They will give him all the time in the world to let him order even if it takes a few tries. They are careful to speak directly to Kreed and not look to me to translate. If Kreed gives them money- they give HIM back the change.

They are some of the most wonderful group of people and they don’t even know it. To have Kreed go somewhere  and not be treated different- except maybe with more kindness and grace than he has ever experienced before.

Kreed is different and despite being an incredibly handsome (I’m not bias I swear) young man of 17, it’s apparent he is different within seconds from his hopping, to using his communication device. Most people expect me to answer for him or repeat their question to him and most just stare even if they try not to. On some level I know Kreed is aware of this by how he treats people. He knows when he is not cared about or treated as the same- so in turn, he will pretty much ignore you completely. In public we are in or own space and he talks to me as if I am the only one that exists. When he walks into Five Guys, it’s like the greatest experience of his life.

For that, I will be forever grateful to:

Joe (who was trying to act like a tough guy instead of the teddy bear that he is :))

They have enriched Kreed’s life more than they will ever realize. For respecting him and liking him and making sure each time he walks into Five Guys, that it’s an experience full of love for him.

People don’t often realize the impact they can make on someone’s life. For Kreed, they have made him into a Five Guys fan for life and we frequent the restaurant at least 4-5 times a week and helped him learn skills he had been unwilling to do before. And they have given him something he gets nowhere else- for this boy to feel such love from virtual strangers merely by being himself.

To those that love Kreed and live with him every day, that kind of impact is immeasurable. They have opened up his world in a social way that had not been possible before. He became interested in money so that he could go to five guys more, which in turn led to him learning to do chores around the house to earn such money. He learned to use a huge part of his AAC device by going to Five Guys- he learned to ask for the food he wanted, to ask for “more water or fries or peanuts” when he ran out, and to tell me his feelings while he was there (happy and excited). I can’t begin to tell you the amount of language Kreed has learned because of Five Guys. But more than that, the people at Five Guys.

We have visited numerous Five Guys over the years now, but none like the crew that is currently at the Dana Park location. I owe them a lifetime of gratitude for how kind they have been to Kreed. Kreed has also been going to the Flagstaff location as we transition to move there and many of the staff has gotten to know Kreed as well and are equally as kind.

But the staff at Dana Park truly love seeing Kreed and look forward to his visits. For Kreed to feel that kind of love from a place is amazing and I will never ever forget the way they have touched Kreed’s life in this moment of time.

In a world where we hear about bully’s and violence…there are still corners of this world where kindness rules. To the staff at the Dana Park Five Guys, you all have my love and respect and thanks for being such a bright light in Kreed’s World. 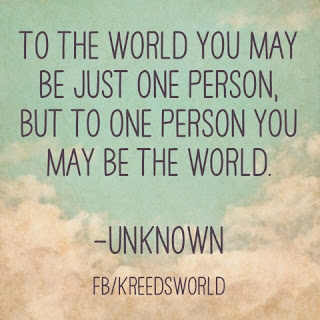 I haven’t written anything new in days. There’s good reason. I have so, so much to say, but I don’t have a grasp on where to begin. So instead, I keep posting things this week that others have written. Because someone else’s words make more sense to me right now than any I find myself…

I could see the tension in his face as soon as I said it – “We should go over the budget tonight.” It happened every single month. I would try to figure out a way to bring up the subject of our family’s finances, and my sweet and typically chatty husband would immediately withdraw. I… 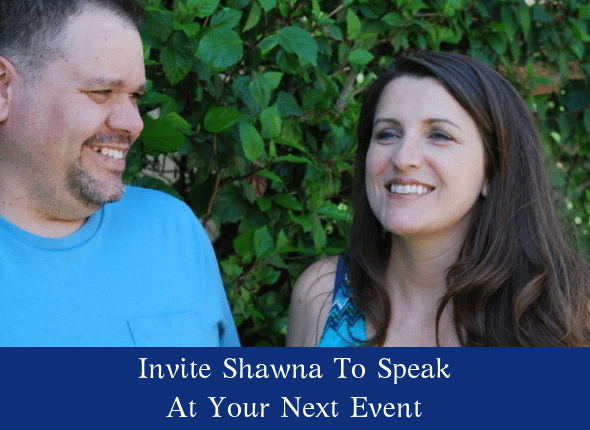 When I was in first grade, my teacher called me “chatty fox”. She wasn’t wrong. I am a chatty fox. In fact, I write mostly because at heart, I am a speaker. Over the course of these past few years, I have been honored to connect in person with other moms, homeschoolers and church…

Wishing you all a Christmas overflowing with hope. With so much love, Shawna

The constant comments on my cooking, pantry items, and shopping list really get to me sometimes. “Ugh, it is all slop! There is nothing good in this entire house. Why can’t anything ever taste right?” – Direct Quote from Sourdough, on any given day, at any given meal. When your son has sensory issues that…